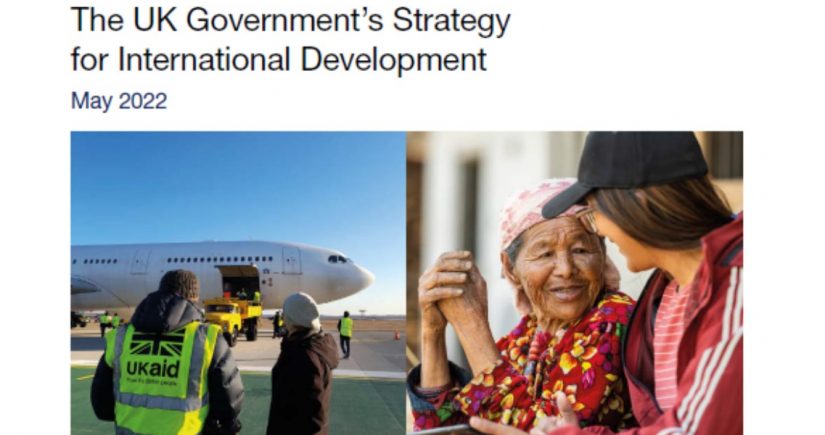 The UK’s Foreign, Commonwealth and Development Office (FCDO) recently published it long delayed International Development Strategy. In this blog EAP’s Executive Director Petter Matthews and Programme Director John Hawkins draw out what they consider its pros and cons, arguing that greater coherence is required for its infrastructure offer with an emphasis on the SDGs and infrastructure governance.

The UK’s International Development Strategy (IDS) is published at a time when the world is facing multiple and simultaneous crises that are reversing the long-term and positive trend in human development. They include the climate emergency and the lack of progress on limiting warming to 1.5°C above pre-industrial levels; the war in Ukraine and the resultant energy and food crises; and in the Decade of Action and with only eight years to go, for the second year running, the fact that we are no longer making progress on the Sustainable Development Goals (SDGs). 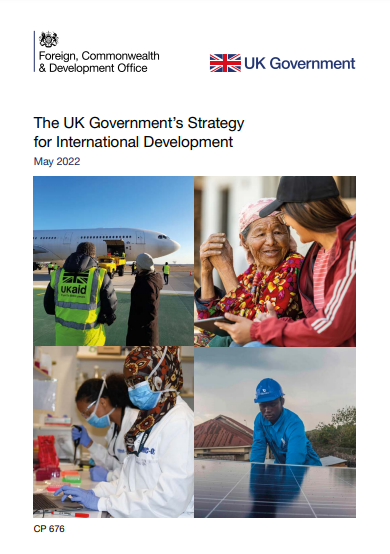 If this wasn’t already a sufficiently challenging context, it also comes out two-years after the controversial merger of DFID with the FCO and major cutbacks in UK Official Development Assistance (ODA). Both of these things, according to a recent report of the Independent Commission on Aid Impact (ICAI), have caused a strategic drift in UK aid.

In such a context it was always going to be difficult for the IDS to rise to these challenges and restore the UK’s reputation as one of the most effective bilateral donors. A number of reviews have considered the extent to which this has been achieved, with one of the most insightful coming from BOND. Here we avoid rehashing the reviews already published and instead focus specifically on infrastructure.

Infrastructure is high on the agenda of multilateral and bilateral agencies. There is renewed recognition of its essential role in tackling global challenges and they see it as an important mechanism to secure geopolitical influence. It would be surprising therefore if infrastructure wasn’t prominent in the IDS, but the way it is discussed suggests some positive and important characteristics of the UK’s approach. These include for example that investment should be ‘honest’, ‘green’ and ‘transparent’. Of course it’s one thing to state these ideas in a strategy and another to deliver them in practice, but as expressions of intent and as commitments against which FCDO can be held accountable, they are welcome.

Patience is a virtue ✔️

The IDS describes the governments approach as acting ‘with patience for long-term change’ and of helping partners tackle the ‘structural problems they face’. This is important for international development in general and for infrastructure investment in particular. The global backlog of infrastructure investment isn’t the result of a lack of demand, the absence of finance or concerns about indebtedness, it is a lack of well-planned and rigorously prepared projects.

The barriers to more well-prepared projects are corruption, mismanagement and inefficiency, often resulting from a lack of government capacity. The means to dismantle these barriers is investing in institutions and improving governance. These types of reform take time, they require a long-term commitment and a willingness to take risks and accept setbacks before things improve.

The UK is committed to allocate £11.6bn over five years for climate finance and to link ODA with the Paris Agreement. Examples include the Clean Green Initiative launched at COP26 which will support governments to raise finance for green investments and deliver on their Nationally Determined Contributions (NDCs). They also include a commitment that British International Investment, the UK’s development finance institution, will ensure that 30% of new commitments over five years will be in climate finance.

Bilateral partners will need support to track climate spending and to ensure alignment with Paris commitments. Whilst some governments have implemented measures, such as budget tagging, to achieve this, concerns persist that these efforts lack transparency and that the evidence gathered often doesn’t feed back into policy improvements.

What gives us cause for concern

A lack of coherence ❌

Whilst infrastructure is prominent in the IDS, it is presented as a series of discrete initiatives and it’s difficult to understand how they align and what the ultimate goals are. The infrastructure commitments require an overarching objective and a clear sense of their intended impacts. Without this potential synergies could be overlooked and it will be difficult for anyone outside of FCDO to assess the effectiveness of spending on infrastructure. For example, the UK Government promotes Building Information Modelling, the Five Case Model as well as the Infrastructure Transparency Initiative (CoST) in parallel to British Investment Partnerships.

The SDGs provide the only globally agreed framework for tackling the multiple crises that we face and for achieving ‘a better and more sustainable future for all.’ However, they are barely mentioned in the IDS.

The recently published Sustainable Development Report 2022 states that ‘achieving the SDGs is fundamentally an investment agenda in physical infrastructure’. The IDS however makes only two passing references to the SDGs, but otherwise they are absent and there is no acknowledgement of infrastructure’s contribution to all the SDGs, including poverty reduction. 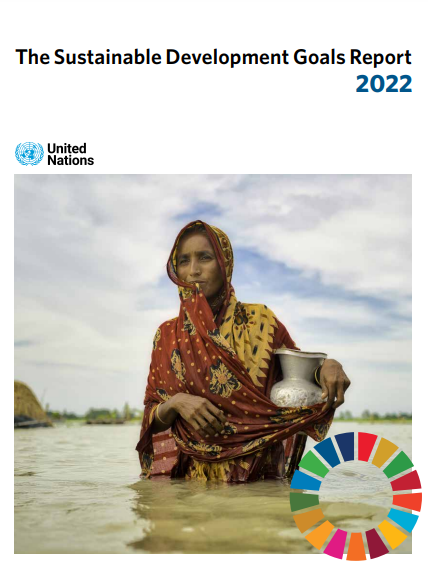 The IDS does however recommit the government to achieving the SDGs and inevitably some of its commitments will contribute to them, but there is no explanation of how that will happen. This sense of drift away from the SDGs is further compounded by the shift in geographical focus towards the Indo-Pacific and Europe (as a result of the war in Ukraine), whilst sustaining its commitment to Africa in percentage terms, but not in value.

The IDS highlights UK-backed development finance institutions such as BII, PIDG and MOBILIST and how they can help unlock private investment. This ‘private first’ approach risks undervaluing the importance of public investments and it is unrealistic because there are good reasons why private investment constitutes a small proportion of overall investment in low and middle-income countries.

There is a contradiction for example between private investors’ need to generate reliable revenue streams and the generally low returns on infrastructure investment available in low and middle-income countries. A consequence of this is that risk is often transferred to the public sector in an attempt to encourage investment, with adverse consequences for the public purse. And perhaps most important of all, focusing on private investment distracts from efforts to strengthen the public sector which accounts for the vast majority of investments in low and middle-income countries where the need is greatest.

Charles Kenny, Fellow at the Center for Global Development, for example has pointed out that private investors usually expect a return of around 20 per cent. Multilateral finance in comparison usually costs the borrower around 2 per cent. His conclusion, which should resonate throughout development finance institutions, is that: ‘the best way to quickly expand investment is not to try and produce sufficient returns to please (international) private investors in individual deals. Instead, it is to look for cheaper sources of investment finance.’

Governance is concerned with the ‘prioritisation, planning, financing, contracting and delivery of the built assets that are essential for economic growth and human development’ and importantly, how these are coordinated and managed. The IDS makes no reference to the governance of infrastructure, although references to ‘honest investment’ and ‘cleaner infrastructure’ implicitly allude to it. This is consistent with its focus on the ‘supply side’ of financing described above.

Governance tends to focus on the ‘demand side’ of this equation by strengthening the ability of governments to prepare projects that contribute to national development goals, provide value for money and help attract investment. The importance of this approach was summarised concisely a few years ago by the then CEO of the Global Infrastructure Hub: ‘if you get the governance aspects right, the finance will follow. Get it wrong and the investment will dry up.’

The FCDO is committed to spending around three-quarters of its funding through country and bilateral programmes by 2025. A large proportion of this will be achieved through redirecting resources that would previously gone to European Union institutions, but it also means proportionately less going through other multilateral institutions such as the World Bank.

The evidence shows that spending through multilateral institutions tends to be more efficient than spending undertaken directly by bilateral institutions. In 2021, FCDO was ranked 16 for the quality of its ODA, with the top 5 positions all going to multilaterals. This suggests that a relative decline in the quality of UK ODA could result from this shift, a development that would be at odds with the ‘high-quality investments’ promised in the IDS.

The other pressure on maintaining quality is the loss of staff that has occurred since the merger of DFID with the FCO two years ago. It is reported informally that the loss of technical advisers has continued, particularly at a senior level.

There is an urgent need to increase the quantity and quality of infrastructure investment. There is value in increasing private finance, but it should not be pursued at the expense of strengthening public investment which is usually more significant, particularly in low and middle-income countries.

We recommend that the FCDO: 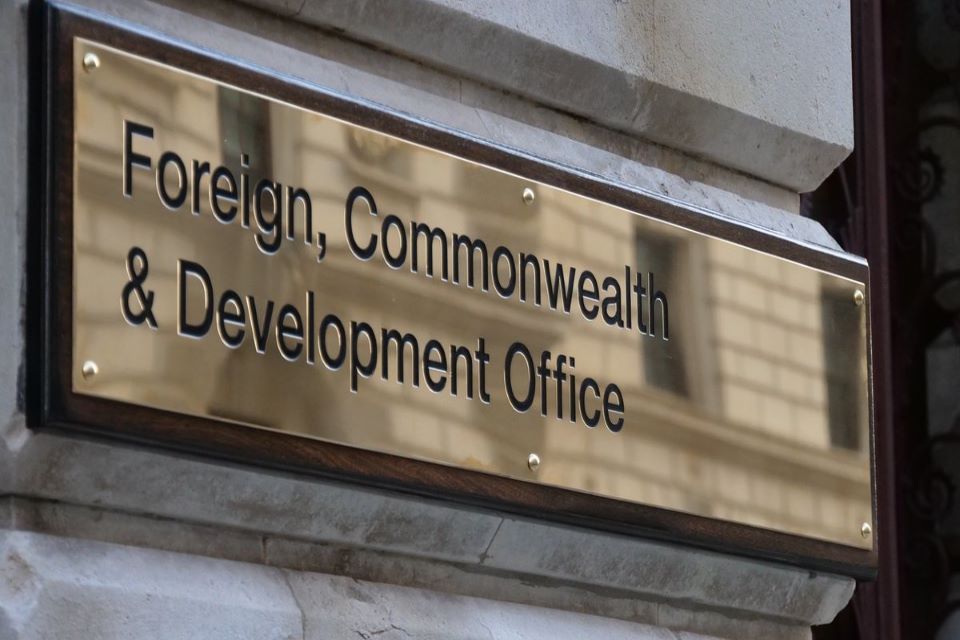