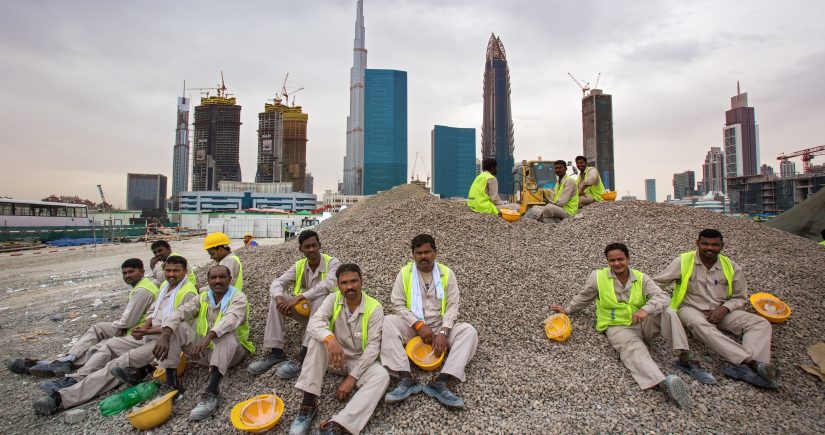 When the Emir of Qatar passed Law No. 17 in October 2018, establishing a Workers’ Support and Insurance Fund (the Fund), the international community gained new hope that migrant workers would be provided with an innovative mechanism to secure timely and effective compensation for unpaid wages. However, two key issues need to be addressed, ensuring the Fund meets its objectives and allows workers to be reimbursed quickly and easily.

The Fund is one of a set of reforms to improve employment conditions which have been in the spotlight since Qatar was awarded the right to host the FIFA World Cup 2022. Other reforms which particularly impact on migrant workers in the construction industry include the creation of the Wage Protection System (WPS) in 2015 which obliged all employers covered by the Qatari Labour Law to pay wages directly into the bank account of employees, in an attempt to create an official record of payments. The country also established a Dispute Settlement Committee (DSC) in 2017, launching a fast-track adjudication system to settle labour disputes within six weeks of workers filing a claim.

The Fund’s key objective is to ensure workers are quickly reimbursed after the DSC has ruled in their favour and to provide essential finance to workers that may require humanitarian relief. Working as an insurance mechanism, it makes wage payments to workers who have had a claim recognised by the DSC and can subsequently reclaim the costs from the employer.

But what can be expected from the functioning of the Fund once it is operational? The question is not unreasonable given some current challenges in Qatar’s recent reforms. For example, the DSC which was supposed to deliver decisions within six weeks, but the average waiting time has been between three to eight months, followed by another six months before civil courts, followed by another six months before civil courts to enforce the Committees’ decisions. A very long wait for migrant workers not receiving wages.

According to Law No. 17, the resources to support the Fund will come predominantly from the fees collected from the issuance and renewal of work permits.

Under the kafala system which regulates sponsorship in Qatar, the employer (sponsor) is responsible for obtaining the visa for their workforce. But fraudulent visa trading is a major issue in the country, with reported cases of sponsors using the kafala system to create a ‘market for visas’ where fake visa applications are obtained and then sold to other companies, including outsourced labour suppliers and recruitment agencies. The gravity of the situation led a senior official of the Ministry of Interior to consider that the trading of illegal workers’ visas in Qatar is at the heart of the country’s problem with human trafficking.

If in a legal situation the sponsor would normally pay the work permit of their employees, in the visa trading system workers are often obliged to pay their visa expenses. Illegal sponsors also charge workers an annual fee to renew their irregular residency in the country.

We were about 500 Nepalis in the camp and all of us staged a protest demanding a raise in our salaries by 200 riyal. We also demanded the visa fee be reimbursed. The recruitment agency had told me that the [employer] company would pay for my visa, but when we reached Qatar we found we had to pay a visa fee of 1,200 riyal ourselves

While the scheme of illegal visa trading remains widespread, the Fund risks creating a situation where financial responsibility is indirectly placed solely on workers, as a result of the illegal actions of unscrupulous sponsors and agencies.

In November 2019 an interim report commissioned by the ILO presented recommendations to improve the design of Fund which included diversifying the range of sources of the Fund. The report advised that contributions from employers should be considered by the Fund and that fines applied to employers under the WPS system could be diverted totally or partially to the Fund.

Steps to diversify the resources of the Fund should be taken to ensure its long-term financial viability, including a fair contribution from employers to avoid a system that apportions no direct responsibility on employers. But the reality of illegal visa trading in Qatar cannot be ignored, given the risk of creating a system funded by the exploitative actions of unethical sponsors. Finally, if the kafala system is to end soon as promised by authorities, it may be necessary to evaluate the impact this may have on the collection of visa fees and the long-term replenishment of the Fund.

A second point that will likely impact the success of the Fund is the process of reimbursement. In theory, reimbursement should be a quick and easy process after a claim is awarded by the DSC, however further regulation is needed to address the process details left out by Law No. 17.

Given the importance of the reimbursement system, the recent report commissioned by the ILO  recommended that “the Fund should have a robust and professional case management system to ensure effective processing of claims”, pointing to lessons that could be learnt from the UK’s Money Claim Online system and the RedCrest Electronic Filing system used in the Supreme Court of Victoria, Australia.

These examples can indeed offer valuable guidance in the design of the Fund’s reimbursement process but it is essential that the payment process does not give employers an opportunity to reopen discussions that could block enforcement indefinitely.

Integration between the DSC and the Fund is key to expedite payments and avoid more bureaucracy which could further delay payment to workers. Justice delayed is justice denied and, when defining the Fund case management system, implementing authorities should not lose sight of the adversity, deprivation and hardship that workers seeking assistance of the Fund normally experience.

Qatar’s efforts to reform labour conditions are commendable and are bringing the country closer to international standards. But the pace of change should be accelerated as evidence shows that workers remain unprotected and at the mercy of a long reimbursement system.

To meet the hopes of a timely and effective Fund, implementing authorities should consider apportioning a fair share of responsibility to employers to replenish the Fund as well as establishing an effective process of payment that is duly integrated with the DSC and does not add a new layer of bureaucracy. With three years until the World Cup, a fully operational and efficient workers’ Fund which minimises the damaging effects of unpaid wages is a legacy that Qatar is still able to achieve.