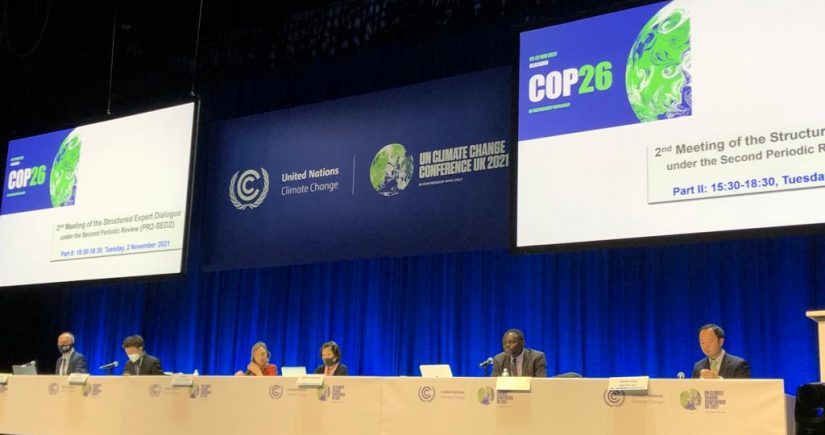 Global leaders, business and civil society will next month once again gather to find solutions to reducing our carbon emissions and adapt and mitigate the impact of climate change at COP27 in Sharm-el-Sheik, Eygpt. In our latest blog, John Hawkins Programme Director, highlights the risk of wasting the hundreds of billions that are being raised to deliver climate related infrastructure and the importance of transparency to ensure that the public can scrutinise these investments.

The 2022 Pakistan floods and  Hurricane Ian in Florida have further illustrated that the whole world is now experiencing the effects of climate change. London is no different with the 40 degree heat we experienced in July – a truly shocking phenomena that I fear will be repeated most summers.  Roads and train lines buckled, fires raged, plants wilted, and our native birds simply disappeared.  And as we’ve seen from the devastation in Pakistan, the impact extreme weather has on the poorest communities.

Whilst progress was made twelve months ago in Glasgow, each COP is more important than the last as the world looks to ensure that the rise in global temperatures is less than 1.5 degrees and the financial commitments to adapt and mitigate are infrastructure are rapidly turned into action.

The risk of wasting $30 to 50 billion per annum

A key area of conjecture has been the failure of  wealthy countries to mobilise $100 billion per annum to support climate action in  countries with emerging economies. This is despite an acknowledgement that climate change has largely been caused by the Global North and that this funding is critical to both mitigating climate change and adapting to its negative consequences. Infrastructure lies at intersection of both mitigation and adaptation with many governments planning huge investments in climate resilient, low carbon infrastructure with the spending target for investment in sustainable infrastructure in EMDEs (other than China) for 2030 close to $2 trillion.

This includes South Africa who, as part of their just energy transition, has seen G7 countries commit to $8.5bn in climate finance. A large part of this finance will be deployed towards new infrastructure as South Africa not only shifts from coal to renewable energy but builds new value chains premised on a ‘whole economy’ approach to the transition.

In August, the fight against climate changed received a boost when US Congress passed the Inflation Act that included $391 billion investment in energy security and climate change that by some estimates will reduce net carbon emissions in the US by 42%.

However, the infrastructure sector is known for its waste, mismanagement and corruption, with the IMF estimating that losses average 30 per cent worldwide and more than 50 per cent in low-income countries. Given that much of this investment will be environments of weak institutions, poor governance, and a lack of transparency, there is a real risk that if the $100 billion per annum is raised, based on the IMF estimates, anywhere between $30 to $50 billion per annum may be wasted something the world, especially the poorest communities can simply not afford.

In a recent podcast on CoST and climate change, the importance of transparency was emphasised as a safeguard for monitoring reconstruction in Honduras following two devastating hurricanes in late 2020.  It also highlighted how countries such as Uganda lack the data to be able to adapt its infrastructure to the type of weather it is likely to experience in the future.

The importance of transparency has been recognised by the G7 as one of the core values in its Partnership for Global Infrastructure and Investment.  In addition, the 2020 UN Independent Expert Report on Climate Finance highlighted the importance of transparency and data to help disaggregate and track climate finance from broader development finance. Climate related infrastructure investments often has complex financial arrangements involving multiple investors from the public and private investors. Identifying the right information to help the public to scrutinise these complex arrangements is essential to reducing the risk of mismanagement and corruption and ensure the investment delivers low carbon, resilient infrastructure.

The CoST business plan identifies responding to the climate emergency as a key priority, ensuring that the billions of dollars that are invested in adaptation and mitigation open to public scrutiny. CoST will shortly embark on a new project that will help to kick start its response by identifying the data and information that is required to bring transparency to climate-related infrastructure investments.

Critical to our approach will be a multi-stakeholder dialogue involving government, civil society and the private sector to identify the type of information stakeholders need to better understand climate finance. This will include consulting with stakeholders from our 20 Members and Affiliates across the globe and engaging with international expertise especially those with experience of tracking climate finance investments.

We will also consider lessons from tools such as InfraS, that was developed by CoST Honduras to examine different dimensions of sustainable infrastructure. This includes how InfraS highlights those projects where the environmental risks may have a higher impact on local communities that are often poorer and more marginalised.

These issues were debated more widely at a climate finance webinar that Engineers Against Poverty convened with CoST on Wednesday 12th October 2022.  Chaired by Prof. Priti Parikh, we heard from Prof Richard Calland, Co-lead of the UN Expert Panel on Climate Finance about the key issues that need to be resolved at COP27 and from Albert Lihalakha, Deputy Head of the Independent Integrity Unit, Green Climate Fund.

We also heard from Pamela Acheng once again, Lecturer in civil engineering at Makerere University who joined me for an Engineers Against Poverty podcast earlier this year to hear more about the challenges in responding to the climate crisis in Uganda and the information engineers require to enable them to respond.

Over 100 people joined us for this webinar, and we will be posting clips, and more information about the brilliant discussion, soon.