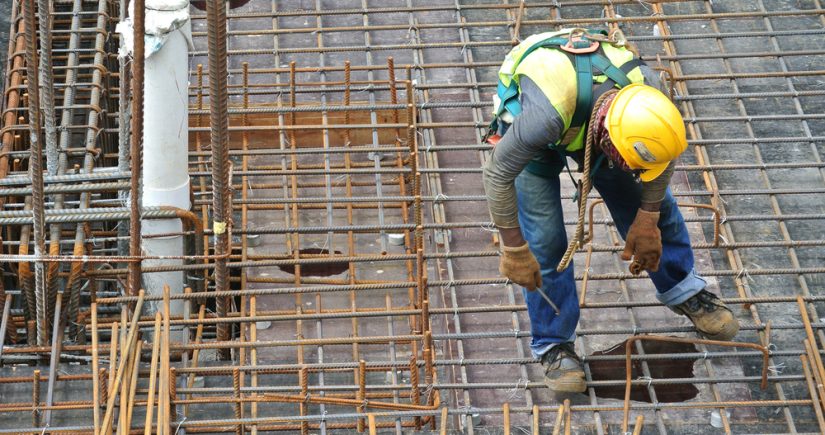 The impact of Covid-19 has been felt worldwide, transforming the way that we live, work and interact. But for migrant construction workers, the virus has not only created new pressures but compounded many which were pre-existing. Issues including unsanitary living conditions, insufficient health and safety protection and late or non-payment of wages have only intensified as a result of Covid-19. This International Migrants Day, we explore some of the key issues currently facing migrant construction workers worldwide.

Social distancing measures were some of the first proposed by the World Health Organization to reduce the spread of Covid-19. But while many people reduced their social interaction by working from home, migrant construction workers in Qatar were trapped in cramped, unsanitary dorms which create the perfect conditions for the spread of the virus. And as EAP’s Maria Prado outlines, the kafala system creates incentives to keep symptoms hidden due to the belief that only healthy workers will keep their visas and jobs.

Singapore is also a case in point: the city-state was initially lauded for keeping Covid-19 at bay, but when the virus hit the dorms of its 300,000 foreign workers – the majority of whom work in construction – infection rates skyrocketed. The spread in worker accommodation was so extensive that since mid-April, the government has released two distinct daily figures which illustrate the stark difference between cases amongst the local community and in dormitories.

As the virus spread and governments rushed to respond, information concerning safety measures was updated on an almost daily basis. However, a major concern amongst migrant workers is that little of this is translated, meaning they are at heightened risk of both contracting the disease and unwittingly breaching regulations. Critical information relating to work permits and visa status has also often been poorly or mis-communicated. As a result, Human Rights Watch has called on the Gulf states to extend visas to ensure construction workers do not become irregular through no fault of their own.

In Qatar, many construction projects are moving ahead despite the pandemic. The Business & Human Rights Resource Centre (BHRRC) surveyed 14 construction companies about the steps taken to protect workers: of the seven that responded, only four would job security for those who couldn’t work, and only three confirmed wages would be paid in full during quarantine.

These gaps in protection have left many migrants suffering severe economic hardship, and there have been calls for the safe repatriation of workers as a result. However, the decision to exercise the right to return is not a straight-forward one. Doing so means forfeiting all earning potential abroad, an issue compounded by the fact that many workers will return home burdened by unpaid debt from the late or non-payment of wages, as well as exploitative recruitment fees.

EAP promotes policies which strengthen the rights and protections of migrant construction workers in Gulf Cooperation Council (GCC) states and elsewhere. Our research covers the main issues impacting the late or non-payment of wages, proposes innovative measures to protect these wages, and explores lessons learned from systems of wage-protection in countries outside GCC states.