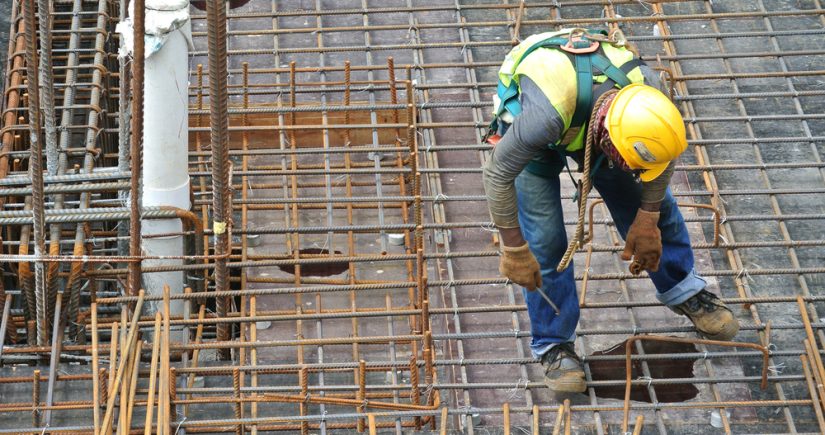 A new film explores the dangers that Tanzanian construction workers are routinely exposed to at work, as well as the links between health and safety in the workplace and the poverty experienced by workers and their families.

Entitled ‘Usalama, Afya na Umasikini’ or ‘Safety, Health and Poverty’, the film was produced by EAP and the Institution of Engineers Tanzania in association with the Tanzanian Occupational Safety and Health Authority and the Contractors Registration Board.

The narrative takes an unexpected and dramatic turn when the cameraman (Steve Ashiembi)  falls from the third floor down a lift shaft whilst filming. Steve , who suffered a broken arm and head injuries but eventually made a full recovery, subsequently agreed for the footage of the accident to be included in the film to help demonstrate the dangers that workers face.

The film interviews a number of workers who have been victims of on-site accidents and the impact on their lives. One worker Rob, described how an accident tore the flesh from his foot and left the bone protruding. He only received Tsh 75,000 (£30) in compensation.

In an emotionally disturbing interview, the wife of one of the workers, Tango, describes how the accident has impacted her family.

“By the time my husband was sick, I cried for many reasons. I had a petty business frying cassavas and selling clothes. The business collapsed because I couldn’t do business and at the same time nurse my sick husband. I had no time to go to bazaar to do business, So we depend on the money from the clothes I loaned to customers. The money paid for food and care for my sick husband. This was until the initial capital was finished. From there we depended on relatives and in-laws.”

The family’s children were no longer able to go to school and only ate when the mother fried cassavas.

The film demonstrates the importance of occupational health and safety training at all levels of education to reduce the number of accidents on construction sites. The film was part of an EAP and Institution of Engineers Tanzania programme to improve OHS capacity in the Tanzanian construction industry, with funding provided by the UK Department for International Development (DFID).