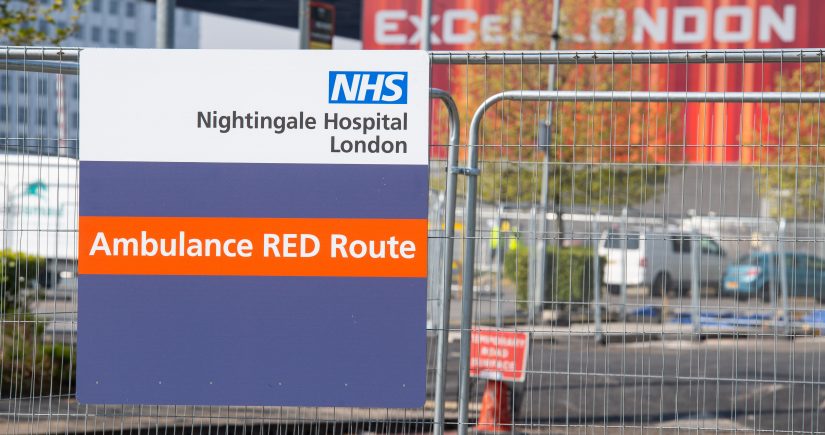 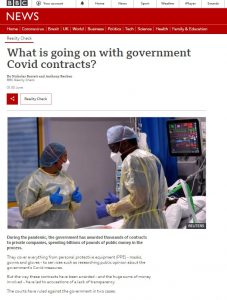 The UK Government has been criticised for its failure to publish details of pandemic-related contracts worth billions of pounds. This has occurred against the backdrop of the government being placed under review by the Open Government Partnership for failing to live up to its pledges to improve transparency and accountability.

We wanted to know if these concerns extended to investments in infrastructure – a sector with complex project cycles and high-value investments which make it particularly prone to corruption and inefficiency. Thus, we began our investigation into the UK’s infrastructure transparency issues at the start of the year and we found worrisome results. Significant burden is placed on the public to dig out infrastructure information and in relation to emergency healthcare infrastructure, information was simply not available.

Our investigation builds on research carried out by the Infrastructure Transparency Initiative – CoST which looked at infrastructure in the UK and other high-income countries. This found issues of data fragmentation, siloed systems and high levels of opacity within government. Opaque systems prevent civil society and the public from understanding and being able to effectively monitor projects. Fragmented systems with data spread across multiple agencies and websites add to the problem, giving a partial view of project implementation and creating a lack of clarity on who should be held to account.

To refresh CoST’s research, we selected a sample of projects to test the challenges faced by the public when accessing infrastructure information. Given the high amounts involved in transport infrastructure, we selected projects implemented by Transport for London and Highways England, and to understand the dynamics of emergency procurement we looked at healthcare infrastructure projects delivered by the NHS Development Authority during the pandemic.

What started as a simple task of gathering project information turned into a highly complex puzzle. Basic information such as project completion reports and contract variations were not located in publicly available sources. Tender details, including the number and names of participating firms, methods and criteria of procurement, and the reasons why bidders were selected were also not found. Information was even scarcer for completed projects and needed to be manually extracted from the annual reports and press releases issued by procuring entities. Even simple information such as project and contract values was at times not clear, making it hard to understand how much had actually been allocated to projects. On major projects such as motorways, spending was not disaggregated by individual contracts making it difficult to understand where the money went.

Our sample was small so it is not possible to conclude how representative the results are, but it allowed us to ‘test the water’ and understand the difficulties in public access to information. The conclusion was unfortunately the same as that identified by CoST’s research – data is extremely difficult to locate making it impossible to understand how public resources had been used.

We put in place Freedom of Information (FOI) requests to try to fill the data gaps and to measure the responsiveness of public authorities, particularly during a time of crisis. We requested information on four Transport for London projects ranging between £15 and £54 million, on four projects overseen by Highways England ranging between £6.5 and £330 million, and on four Nightingale Hospitals implemented by the NHS. We submitted these requests in February and asked authorities to provide key data across the infrastructure project cycle, as outlined by CoST’s globally recognised Infrastructure Data Standard (CoST IDS).

Transport for London responded within the legal timeframe of 20 working day but presented a complicated roadmap in accessing the requested information, pointing to a list of 22 different sources and websites that should be individually consulted to locate the data points required by the CoST IDS.

After a 35-day extension of the legal deadline, Highways England replied that the amount of information requested was “substantial” and would involve “significant cost and diversion of resources” therefore giving grounds for refusal. The response pointed to government webpages of Contracts Finder and Tender Finder which are accessible once a supplier account has been registered and there was not a clear means of non-suppliers registering to access these pages. Highway England also stated that individual county councils were the main point of contact, but it was unclear whether the information was in possession of the councils.

Six months after the FOI had been submitted to the NHS we filed a complaint to the Information Commissioner’s Office (ICO). We had also requested an ‘internal review’ to the NHS, a final remedy used ahead of submitting a complaint to the ICO. Neither of these actions yielded results. Given the workload of the NHS during the pandemic, we had waited up to six months before filing the complaint, yet this September we were informed by the Commissioner’s Office that they considered six months representing an ‘undue delay’ to present a complaint. This seems at odds with ICO guidelines that proposes “an empathetic and pragmatic approach” to FOI requests during the pandemic.

Whilst recognising the unprecedented pressure on the NHS, upholding this legal obligation to provide information to the public is critical to ensure that such pressure does not result in cutting corners or undermining value for money.

Our research suggests that general concerns about the lack of transparency in pandemic-related spending apply equally to investments in infrastructure. There appears to be significant gaps in data and where it does exist, it is disaggregated and almost impossible to piece together. The Freedom of Information Act 2000 gave members of the public the right to request information from government. Our experience suggests that the FOI process is broken and fails to protect the right to information. In such circumstances the public cannot be confident that public money is being spent properly or that it is achieving value for money.