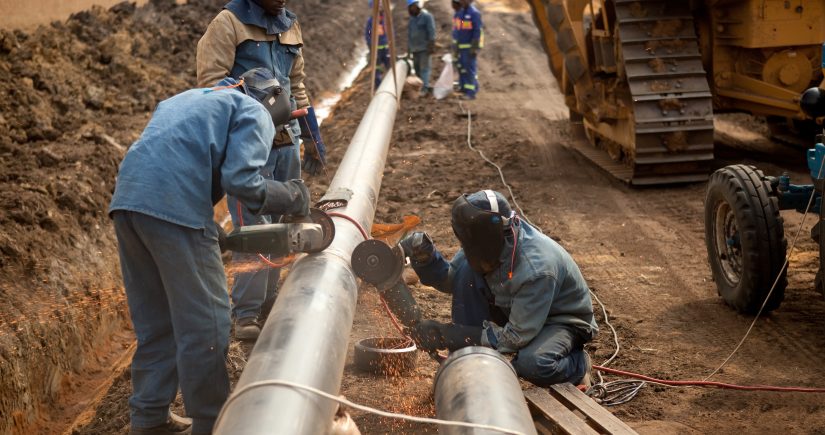 Last year EAP Chair, Paul Jowitt facilitated Infrastructure-Led Community Resilience a webinar hosted by the Commonwealth Sustainable Cities Initiative and UNESCO. In this blog, he reflects on the discussion of how infrastructure and engineering sectors can meet pressing global challenges of climate change and rapid urbanization.

The 1960s and the trickle-down theory

In 1962, President Kennedy said “We choose to go to the moon in this decade (…) because that goal will serve to organize and measure the best of our energies and skills — because that challenge is one that we are willing to accept, one we are unwilling to postpone, and one we intend to win.”

I was 12 years old. Seven years later as a student engineer working in Liverpool and lodging in a simple hotel I stayed up late, looking at snowy images on a grainy black and white TV as Neil Armstrong set foot on the moon. It was a triumph of science and engineering. And so exciting as a young engineer to witness it. I was one of millions equally enthused.

Over recent years there has been talk of women and men travelling to Mars. Am I just as excited? I’m afraid not.

Famine and drought were no strangers in the 1960s, but with communications as they were, they featured far less in the news. Much the same was true about the impacts of wars and the plight of refugees. And the environment? Rachel Carson’s Silent Spring, published in the same year as Kennedy’s speech, was hardly on everyone’s reading list, far less on those of politicians and industrialists. The environment was treated as a limitless free good. Now we know better.

The 1960s mantra was that scientific and technological discoveries of space exploration would lead to exciting spinoffs benefitting humanity at large. The ‘trickle-down’ theory. From an international development perspective this did indeed happen. By 1984, improved satellite communications, one of the trickle-down effects of the space race, brought news reports of the Ethiopian famine into millions of people’s living rooms and inspired the Live Aid concerts in 1985.

The millennium and a renewed call for action

At the turn of the millennium, the eight UN Millennium Development Goals (MDGs) were established to address extreme poverty. By their 2015 target date, the progress made towards achieving them, can in part, be attributed to engineers and others working in partnership (MDG 8) to deliver the underpinning infrastructure upon which civilisation depends.

But with the MDGs now recast into the UN Sustainable Development Goals (SDGs), there is still an enormous amount to do. And it is now abundantly clear to almost all rational minds that reaching zero carbon is now an imperative, yet the work needed to address the climate change goal is hard and real.

A shift in focus

Technological innovation has always led to waves of change – economically, socially, environmentally and culturally. It can be traced back in history, through the industrial revolution to the present day. Successive changes brought about transformations in power production, locomotion and transport, materials, medicine, electrical networks, communications and the digital world.

Very few of the changes were planned, but they were rather the emergent properties of what had been developed. And whilst many improved the human condition, they have led to the condition we are in and which we now need to urgently address. Matters such as climate change, plastic pollution, urban sprawl, biodiversity loss and so on. We are now at a turning point.

Do we continue to accept whatever unplanned science and technology delivers? Or is it time to focus on defining the outcomes we want and then seek the scientific and technological innovation required to deliver them?

For me, it’s the latter. And it’s why I am not excited by Mars. The trickle-down effect, if it ever delivered much in the past, is not going to deliver the SDGs. It won’t flush many toilets or light many lights or feed many hungry mouths of homeless people in unplanned settlements in areas of risk. And it won’t stop climate change.

Many cities at risk from natural disasters and disease are also often those where the underpinning infrastructure provision is poor or non-existent, with unsafe water, sanitation and solid waste disposal. Despite their apparent unattractiveness, they are often powerful magnets for migration and the source of endogenous population growth. They are also often characterised by poor local governance and a lack of legal tenure.

These real systems problems need innovative solutions and deserve the attention of engineers and allied professions and other complementary professions to deliver systems level solutions.

Wakiso District, an area outside Uganda’s bustling capital rapidly urbanized and as the local council rushed to support the population influx through new infrastructure projects, many challenges presented. The council failed to adequately consult the community and unsafe road projects were delivered that were prone to speeding, flooding and health and sanitation issues. CoST raised awareness on the issues by bringing the community together with the council who then rectified the issues.

The engineering and built environment professions also have a key role to play, but we also know that their presence is often thin on the ground as can be shown by this recent Commonwealth Sustainable Cities Survey.

Attracting young people to the sector and building their skills is one way to address this gap. As such EAP and the Royal Academy of Engineering have been working to build the capacity of young engineering graduates in sub-Saharan Africa to help them enter the profession by facilitating internships, mentoring opportunities and career guidance to develop their skills, connections and confidence so they land jobs in engineering rather than pursuing alternative employment. More broadly, greater collaboration across sectors and between local, national and international levels will be needed.

With the rate of unplanned urban growth outstripping our ability to build safe and sustainable infrastructure, now is the time to focus in on our planet earth. Forget Mars! The real problems are here on earth, in our own back yard. Now.