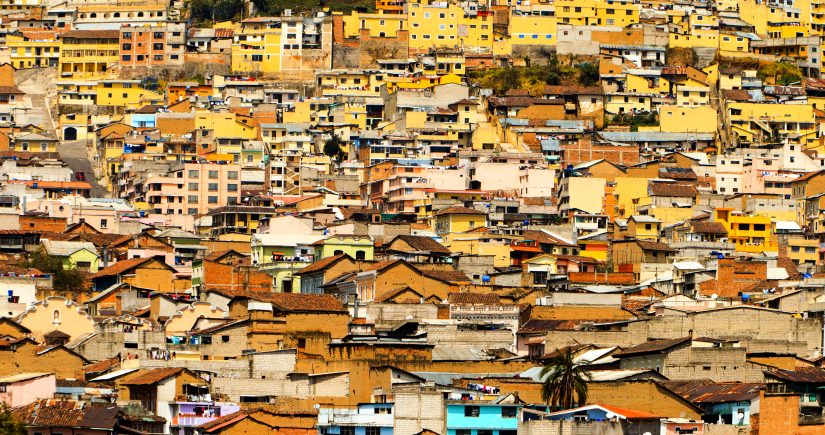 How will the world change as result of the COVID-19 pandemic? What are the prospects for international development and the likely impact on efforts to expand and improve infrastructure and services? Petter Matthews, EAP Executive Director and International Lead of the Civil 20 Infrastructure Working Group discusses some of the key emerging challenges.

The COVID-19 pandemic is an era-defining event with far reaching consequences that we can only begin to imagine. It has already exposed the lack of preparedness and resilience of public services in many of the richest nations. And its impact on the poorest nations could be devastating without urgent and decisive action. It is worth beginning to anticipate some of its medium to long-term consequences so we can act now to shape them.

The 2020s have been designated a Decade of Action and Delivery, with only 10 years remaining to achieve the Sustainable Development Goals (SDGs). Whilst progress has been made on some targets, we are not on course to eliminate poverty by 2030 and unless we cut greenhouse gas emissions, the effects, according to the UN, are likely to be catastrophic and irreversible. We now add to these challenges the immediate impacts of COVID-19 and the global recession which appears to be an inevitable consequence.

Infrastructure underpins most of the SDGs, so the task of increasing the 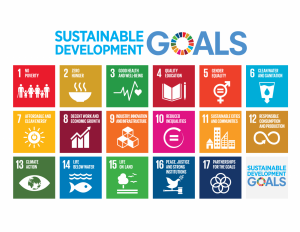 volume and quality of investment is one of great urgency. Many of the vulnerabilities that have been exposed by COVID-19 also require investment in infrastructure, including importantly chronic underinvestment in social infrastructure. We should therefore avoid framing efforts to achieve the SDGs as competing with the response to COVID-19 as in many ways they are the same challenge and both can be addressed most effectively through a coordinated effort.

A global recession seems inevitable and in fact, some have suggested that it has already arrived. The economic crisis of 2008 established two contrary views on the role of investments in infrastructure during a financial crisis. The first sees it as an important element of economic stimulus with positive spill over effects on the rest of the economy. The second dismisses those benefits as negligible when compared to the risks of waste and corruption. The alternative proposed is fiscal austerity, whereby governments reduce borrowing and spending on public services.

A governance perspective tends to steer a course between these two positions. Whilst it is true that investments are subject to the risk of corruption, mismanagement and inefficiency, those that are well planned, aligned with economic needs and valued by the public can generate revenues that offset any increase in debt. Therefore investment in infrastructure can help economic recovery, but it should be accompanied by measures aimed at strengthening public institutions, improving transparency and reducing corruption and mismanagement.

The choice between these two positions is a political one and it would be a mistake to assume that the choices made by individual governments in 2008 will be repeated. Public responses to COVID-19 have demonstrated that governments can act swiftly and decisively to tackle national crisis and the pressure on governments to intervene will be greater this time. In fact, as a result of this crisis, stakeholders are more likely in future demand interventions on a similar scale to tackle poverty and the climate crisis.

3. Bringing the state back in

The pandemic has helped us to rediscover the power of state intervention. Governments have moved quickly to impose restrictions on the movement of people, suspend sectors of the economy, meet the wages of those unable to work and brought private assets under state control. There are downside risks that politicians might be reluctant to relinquish some of these powers once the crisis has passed. However, in relation to infrastructure investment, there are upside opportunities too in that citizens are more likely demand more and better public investment.

This would go against the dominant narrative of the G20 and major bilateral and multilateral agencies. They have been framing the challenge as of one of mobilising private investment to close the ‘infrastructure gap’ through for example, establishing infrastructure as an asset class and by providing financial guarantees and other measures to incentivise private investment. This approach is fundamentally flawed, particularly in low-income countries where the need to guarantee revenue streams to investors is impossible without government taking on unreasonable risks that are likely to damage the public purse.

It is possible that the public, stirred by the rediscovery of state intervention, demand more of it and resist the handing over of vital public services to the private sector. At a time when public borrowing is cheap due to historically low interest rates, this would be both people-centred and economically prudent.

4. Impact on the poorest

COVID-19 has spread with extraordinary speed through the populations of high-income countries such as Italy, Spain and France where public health systems are amongst the best in the world. The impact in low-income countries, particularly where the populations are predominantly located in high density urban areas, could be devastating. The collapse of public health systems and the deaths of millions of people is a very real prospect.

The impact of the global recession will also hit poor countries hardest. 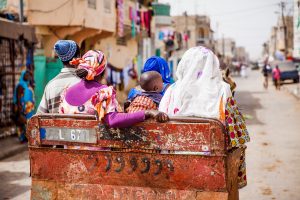 African governments for example have already started to impose social distancing measures in urban areas, but the impact on their economies of a full lockdown are likely to be immediate and severe and economic collapse is a real possibility.

It is vital that overseas development assistance (ODA) is mobilised to address the immediate impacts of the pandemic and to strengthen the resiliency of low-income countries to manage future pandemics. However, there is a risk that ODA budgets might be redirected to rebuild domestic economies and to avoid that, G20 countries should commit to achieve the UN target on aid spending as an urgent priority.

5. The future of development assistance

To its credit, the UK is currently the only G20 country to meet the UN’s goal of spending 0.7% of Gross National Income on ODA. This commitment however has come under increasing pressure in recent years and that could intensify as a result of the pandemic and the ensuing economic recession.

The UK enshrined in law the UN’s target on ODA spending in 2015. However, the International Development Act allows for the target not being met for a number of reasons including importantly ‘economic circumstances’. Added to this is the recent inclusion in ODA spending of secondary benefits – defined as ‘the strengthening of trade and investment relationships between the UK and the rest of the world’.

The Independent Commission for Aid Impact (ICAI) looked at the role of secondary benefits in 2019 and amongst its conclusions said that, ‘there are risks that the poverty focus of UK aid may be diluted’. This dilution is more likely as a result of the looming financial crisis and there is a real prospect that ODA might once again be tied to UK business interests.

We know where this can lead as a result of the Pergau Dam scandal of 1994. This involved the UK providing an ODA grant of £238m to the Malaysian Government to build the dam using a UK contractor, in return for agreements to buy arms from UK suppliers.

The senior civil servant in charge at the time of the scandal wrote a book about it and his conclusions about tying aid seem very prescient at this time: ‘It is impossible to say that something like this will never happen again with British aid…It’s just too dangerous. It’s a slippery slope.’ 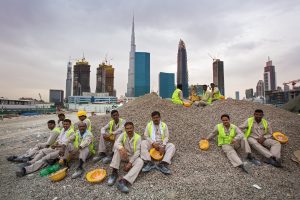 large section of the workforce in a very precarious position. When combined with the fall in the share of global wealth and income that workers control, it means that many struggle with any temporary loss of income or unexpected expenses. A survey of UK households for example revealed that 18 million adults run out of money before payday and that 42% of households would struggle to cover an unexpected bill of £300.

Workers in low-income countries are even more vulnerable. This includes construction workers who have to contend with all the uncertainty of low wages and informality, but also face the additional risks of routine exposure to occupational injury, ill health and death due to unsafe working conditions. COVID-19 intensifies the risks faced by construction workers and a coordinated response is urgently needed to deal with issues of occupational health & safety and social protection.

If there is a ramping-up of investments in infrastructure in low-income countries, it is essential that it is accompanied by measures to improve the pay and conditions of workers in construction and allied industries. Civil 20 addressed this point in its policy pack last year:

‘Workers’ rights are best protected through ratifying and effectively implementing relevant international labour standards related to construction and in particular, the Safety and Health in Construction Convention, 1988 (No. 167), and the Labour Clauses (Public Contracts) Convention, 1949 (No. 94), and promoting the inclusion of labour clauses in public contracts, procurement processes, and bidding documents’.

The pandemic will pass as will the economic recession that we already begin to see. We shouldn’t let it pass without attempting to strengthen some of the fundamental weaknesses of our economies and our political systems that have increased their intensity and exposed the poorest to their most severe impacts. We should not seek to go back to normal because normal was part of the problem.